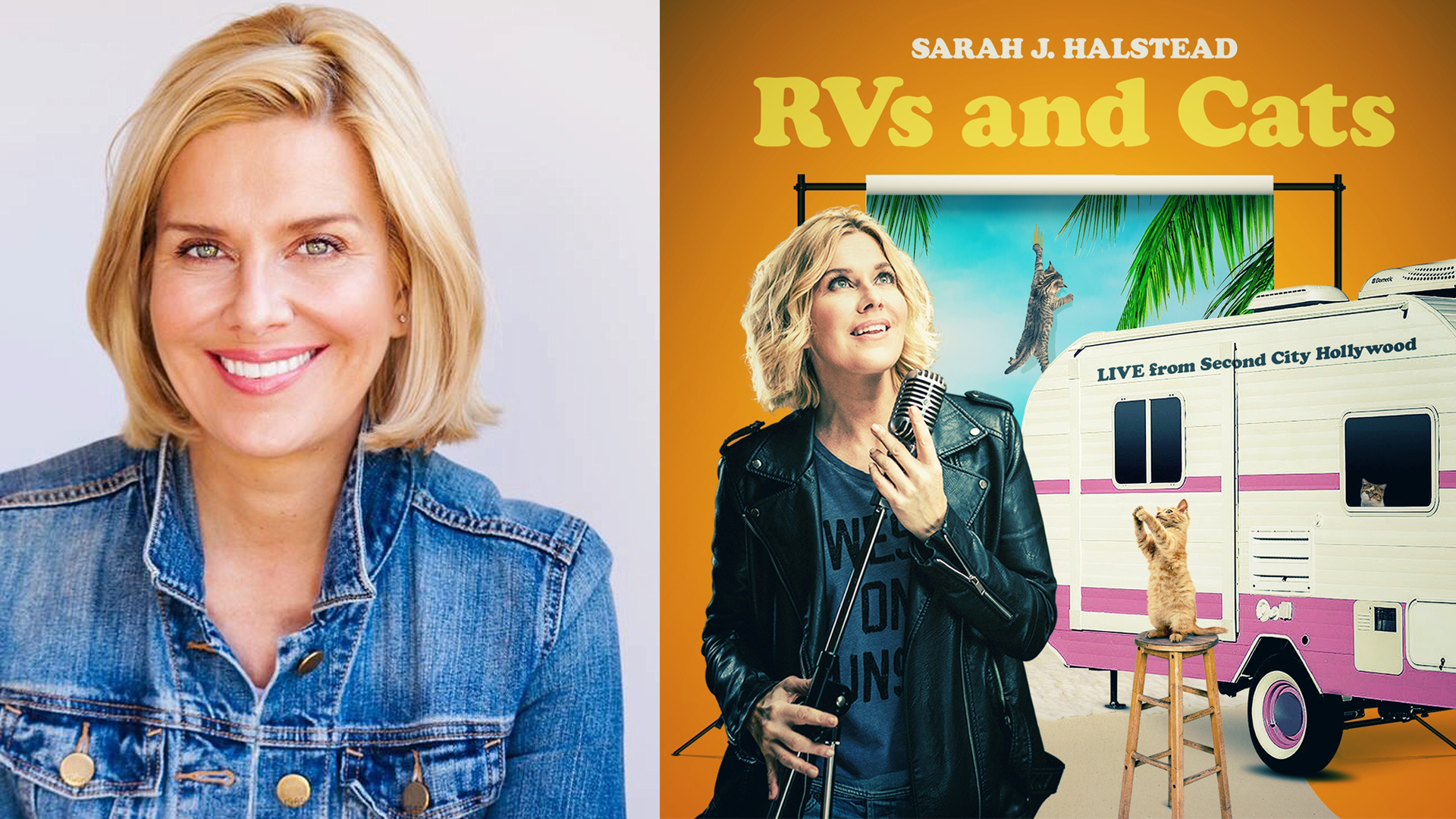 Sarah J. Halstead you are an actress, comedian, influencer & pod caster. Here at Bionic Buzz, we are all about people’s passions. Where did your passion for performing come from? Was it a certain person or performance that inspired it? Or was it just something that was natural for you as a child?

When I was about 8, I had my first ballet recital. I remember the feeling of euphoria as I pranced about on stage in my little tutu and sequenced leotard in front of a live audience. I immediately felt a sense of power. I remember wanting to go off course from our rehearsed choreography and perform my daily mirror dance to Rod Stewart’s “If You think I’m Sexy” – which I felt was much more interesting. But as tempted as I was, I stayed the course as I didn’t want to disappoint my teacher and the other ballerinas..

I grew up in Flint, Michigan and was very fortunate to have parents who let me try different things. I danced, played the piano, the saxophone, and sang. I had developed a passion to perform and moved from Flint to NYC shortly after high school to pursue a career in entertainment.  At that point, I had discovered acting and found it fulfilling but always felt like something was missing. One night, some friends invited me to an open mic at some seedy comedy club in alphabet city.

I naively took the mic and though I bombed, it was then that I realized I had found a category within the realm of entertainment where I didn’t have to stay the course. I had the freedom to do or say anything. It was the most liberating feeling I had ever experienced and also the scariest because I hadn’t learned to craft this new found freedom in a way that would entertain an audience. This would end up being the biggest and most rewarding challenge of my life.

After you found your passion, tell us your journey you took which led you from Flint, Michigan to your career of guest roles on movies & TV and commercials.

Like most actors, I studied acting with the most notable acting schools and teachers I could afford, got an agent, a manager, and self submitted to all casting billboards. That part is easy. Then it becomes really, really, really hard – because booking a role in movies, TV and commercials can have little to no significance with how talented and hardworking you are. You can give it 100% and still not “make it” as an actor. Therefore, you have to absolutely LOVE being an actor – and I do. I have booked big roles on small TV shows and movies and small roles on big TV shows and movies.

I have had most of my success in commercials and quite frankly this is only because I have been born with a commercial look – therefore I call this luck. Standup comedy is a little different, because if you put in the work and learn how to successfully craft and perform jokes, you will most likely book comedy clubs around the country and at the very least, make a modest living.

Speaking of Flint, Michigan, you are very passionate about the water crisis. Proceeds from your comedian shows support it and you are active with raising ovarian cancer awareness.  Please educate us about both.

Flint has been plagued by the disastrous executive decision made by former Governor Rick Snyder to switch it’s water source from Lake Huron to the Flint River. The Flint River had a chemical imbalance with the underground piping creating dangerous levels of lead. This lead is particularly dangerous for children and causes developmental issues both physically and mentally. I have produced standup comedy shows promoting awareness and proceeds of my special RVs and Cats are donated to The Flint Child Health and Development Fund.  Donations may be made at www.flintkids.org.
Ovarian Cancer took my mother’s life at the young age of 48. It’s nicknamed “The Silent Killer” because the symptoms are so mild that by the time the cancer is detected it’s usually in stage 4. There is no cure for cancer however I’m an advocate of early detection. More info @ www.ovarian.org

Tell us about your podcasts.

My first podcast was Drinking During Business Hours. I would interview budding artists and celebrities about their creative journey at my home studio while enjoying a great bottle of wine together. It was very successful and received new and noteworthy acclaim from Itunes. Shortly after, I was approached by fellow comedian Jimmy Shin to co-create and host an official podcast of the most infamous comedy club in the world, The Comedy Store. I said yes and Jimmy & Sarah on the Sunset Strip was born. We had a lot of fun interviewing comedians and comedic entertainers in the cellar of The Comedy Store every week. I then co-created a third podcast live at Hollywood Improv but quickly became burned-out by too many responsibilities. I was auditioning daily with 2-3 bookings per month, performing standup comedy 3-4 days per week, producing and hosting at The Comedy Store and was in pre-production of my comedy special – I had very little balance and personal time. It’s important to take time for life – not just for health and overall well-being, but life without balance risks not having anything to write or talk about! However, Drinking During Business Hours and Jimmy & Sarah on the Sunset strip is still available on Itunes and Stitcher and I have plans to re-boot DDBH this spring when I have more time. Podcasting is an incredible resource to develop relationships within your industry of interest while honing your voice both physically and metaphorically.

You have an Amazon Comedy Special premiere on Feb 13th called “RV’s and Casts.” Tell us about it.

YES. RVs and Cats is my debut standup comedy special and it’s very exciting! It was performed at the iconic Second City Hollywood and directed by EMMY winning director Jeff Greenstein and produced by EMMY nominated Gary Robinson. It’s essentially a one woman show of my life and centered around the RV I had driven across the country with my two cats. It’s a hoot and has been the most rewarding project of my career.