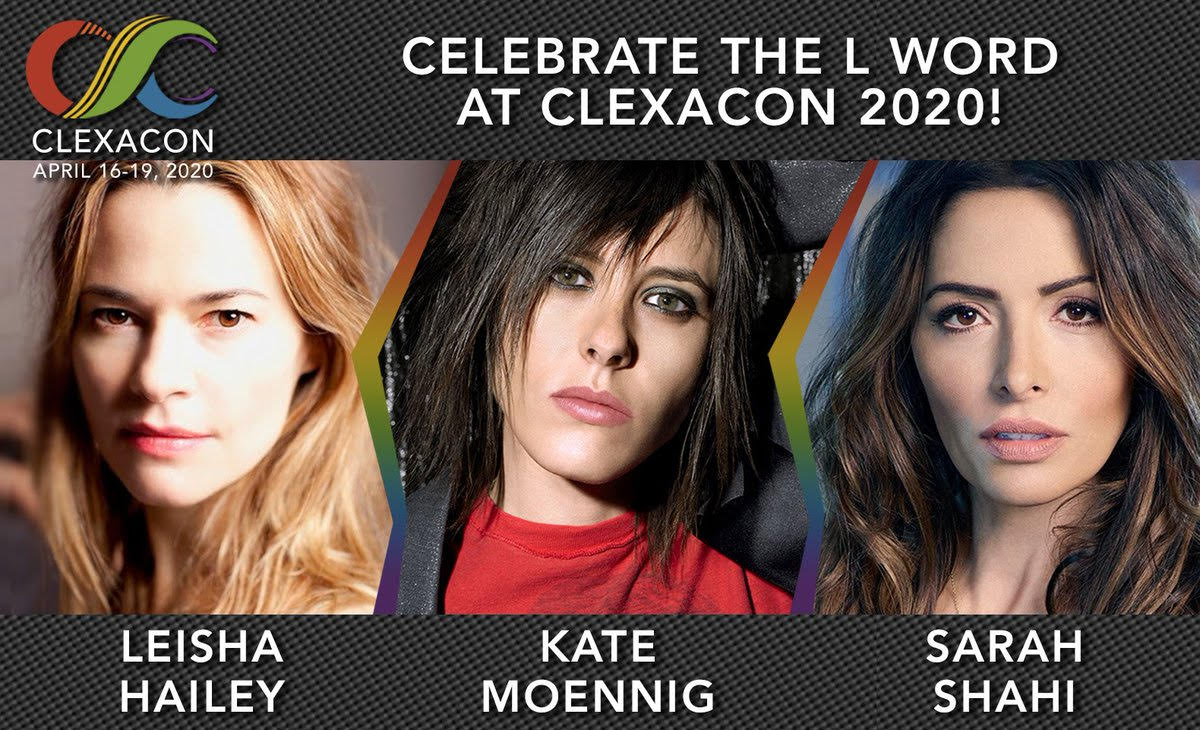 CLEXACON, THE LARGEST MEDIA AND ENTERTAINMENT CONVENTION FOR LGBTQ+ WOMEN, TRANS AND NON-BINARY FANS AND CREATORS IN THE WORLD, RETURNS TO LAS VEGAS FOR ITS FOURTH YEAR

Continuing its commitment to lead the push for diversity, equality and inclusion of quality LGBTQ+ content in entertainment, ClexaCon is returning to Las Vegas for its fourth consecutive year.

Taking place April 16-19 at The Tropicana Hotel, ClexaCon – the largest multi-fandom event for LGBTQ+ women, gender nonconforming individuals & allies – will celebrate the illustrious individuals who make the entertainment industry’s progressive and prolific LGBTQ+ community so powerful and diverse with a packed program of panels, meet and greets, celebrity autographs and photographs, and workshops from an elite community of LGBTQ+ gamechangers, industry tastemakers, media influencers and actors.

LGBTQ+ representation continues to matter and more so now than ever before. This is why the Con continues to provide educational resources for the community to aid in the push for better and equal representation. Its goal is to teach and motivate more LGBTQ+ individuals to participate in creating the stories that actually reflect America’s evolving cultural landscape.

According to GLAAD 2019 report LGBTQ representation in films is up, but less diverse.

ClexaCon is hoping to actively be a pioneer in the movement to challenge the tropes and champion lesbian, bisexual and queer women and gender nonconforming individuals behind and in front of the camera. The con hopes to drive the conversation on how to move into and adapt to a more inclusive entertainment future.

“We believe that it is vital to support and nurture LGBTQ+ women and non-binary creators so that they are able to write authentic stories and push for better representation in all aspects of the entertainment industry moving forward,” said Danielle Jablonski, one of ClexaCon’s co-directors and producers.

Leading by example, ClexaCon’s core team is made up of a diverse group of LGBTQ+ people including queer, lesbian, bisexual, trans and non-binary team members.

More than 50% of the featured guests and the vast majority of speakers at the convention identify as LGBTQ+.

Some of the key panels are zooming in on topics such as:

ClexaCon 2020 has assembled one of its most eclectic, stellar and diverse roster including L Word icons from the original series and from The L Word: Generation Q, with a reunion of original cast members Kate Moennig (The L Word, Ray Donavon), Leisha Hailey (The L Word) and Sarah Shahi (The L Word, Person of Interest) for the first time at a U.S. convention. Other guests include Amy Acker (The Gifted, Person of Interest), Amber Benson (Buffy The Vampire Slayer), Felicia Day (Buffy the Vampire Slayer, Supernatural, The Guild), Jaime Murray (Warehouse 13, Spartacus), Jes Macallan (Legends of Tomorrow), Maisie Richardson-Sellers (Legends of Tomorrow), Janet Varney (Legend of Korra), Lyrika Ocano (Marvel’s Runaways), among many others.

About half of these featured guests this year are attending ClexaCon for the first time, bringing fresh perspectives and experiences to the conversation about LGBTQ+ representation.

Also new this year is the addition of a music showcase with several featured LGBTQ+ musicians, a cabaret event featuring LGBTQ+ performers and Karaoke. These events join an already stacked schedule that includes a full film festival, a burlesque show, a pool party and late-night parties. ClexaCon will also be donating a portion of the proceeds from the annual event, Cocktails for a Change, to LGBTQ non-profits The Victory Fund Alliance and Project Q, as well as WIRES Australia.

ClexaCon 2020 promises to be a Con like nothing we’ve ever seen before rallying together actors, directors, producers, writers, comic book illustrators, visual artists, academics and fans from around the U.S. and the world to celebrate the best of LGBTQ+ TV and film and discuss how to improve representation across all media platforms.

For more information go to: ww.ClexaCon.com