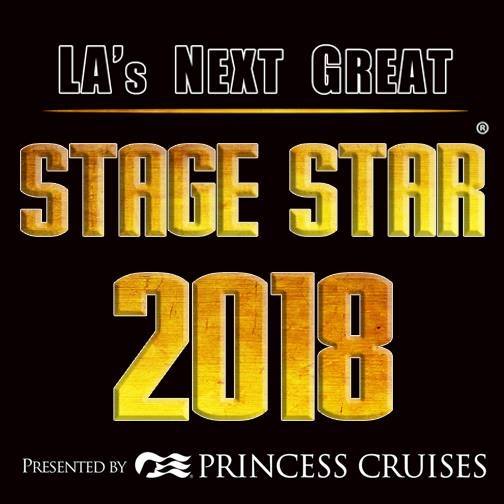 Bionic Buzz® got to cover the LA’s Next Great Stage Star Competition Finale which was presented by Princess Cruises. The event took place at the the historic El Portal Theater in North Hollywood. LA’s Next Great Stage Star began in 2006 as a showcase for Broadway musical theatre vocalists (18 – 32 in age). However, for the first time, this year’s 12th annual event features competition in dance, acting and vocal categories. Since its beginning, 22 former contestants have made their Broadway and/or off-Broadway debuts, while another 50% (of the overall 228 contestants to date) are working professionally in musical theatre across the country, in Vegas productions and/or in lavish productions; at local and international theme parks, on board luxury liners cruising around the world, as well as landing roles in both TV commercials and episodic television.

The annual 6 week long production of LA’s Next Great Stage Star launched on Monday, July 23rd for the lucky few talented individuals selected from a long a grueling audition process. This year’s contestants include: Monica Allan, Sarah Busic, Robert Collins, Branden Holzer, Drew Lake, Kristina Meyering, Nicole Abarca Powell, Jordan Schneider, Karlee Squires and Brooke Van Grinsven. All contestants compete at each competition with no eliminations until the Finale. Check out our interviews below from the event.

Our interview with celebrity judge for the event George Chakiris. He is a legendary actor & singer who played Bernardo in the West Side Story movie.

Our interview with celebrity judge for the event John Lloyd Young, Tony Award winner for Best Leading Actor in a Musical for his role as Frankie Valli in Broadway’s Jersey Boys.

Our interview with celebrity judge for the event Barry Pearl. He is a legendary actor & singer who played Doody in the Grease movie and first national tour of it.

Our interview with legendary actress Michael Learned (The Waltons & The Young and the Restless) and her granddaughter actress Aleta Soron.

Our interview with special guest Geoffrey Mark. He is a legendary author, writer, producer, singer & actor.

Our interview with special guest actress Kate Linder from The Young & the Restless.

Our interview with special guest author & actor Jerome Ro Brooks from The Haves and the Have Nots & Medinah.