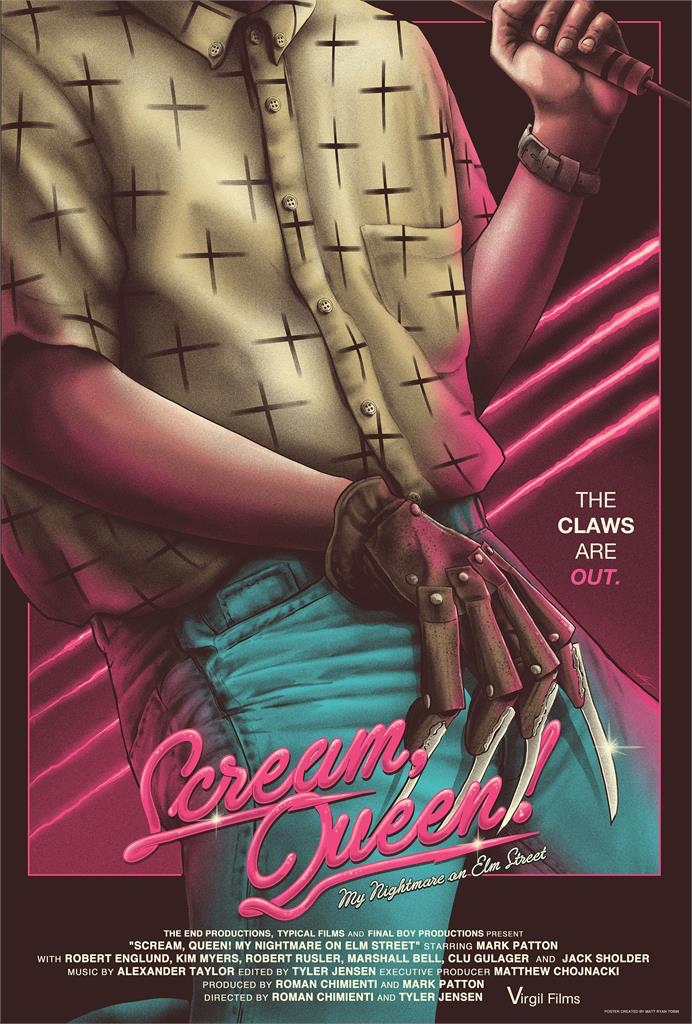 “Scream, Queen! My Nightmare on Elm Street” was beautiful, eye-opening, and at times, downright uncomfortable. In a real-life tale of life imitating art, Nightmare on Elm Street 2: Freddy’s Revenge (1985) lead actor, Mark Patton, faces the film’s writer, David Chaskin, Patton’s own Freddy Krueger, head on for the first time in over 25 years in hopes to finally get an honest apology.

At the time of the film’s release, it was not acceptable to be an openly gay actor. While Patton was not out at the time, the film’s script was written in such a way that Patton’s character, Jesse Walsh, seemed to be dealing with his, then private, homosexuality, while also facing off against Freddy Krueger.

This led to Patton’s retirement from Hollywood and into obscurity, even moving to Mexico to escape from his past completely.

While the film can be dark at times, there is some light as well. There are interviews throughout with many gay men, citing Walsh’s character as an inspiration to their younger selves, as many viewed Patton’s character as a major motion picture’s first ‘gay’ hero. Overall, I found this film like nothing else I have seen before, which is hard to find in this day and age of consistent visual entertainment. Would highly recommend. You don’t have to be a fan of the Nightmare series to understand what the film set out to accomplish. Review by DJ Rossstar.