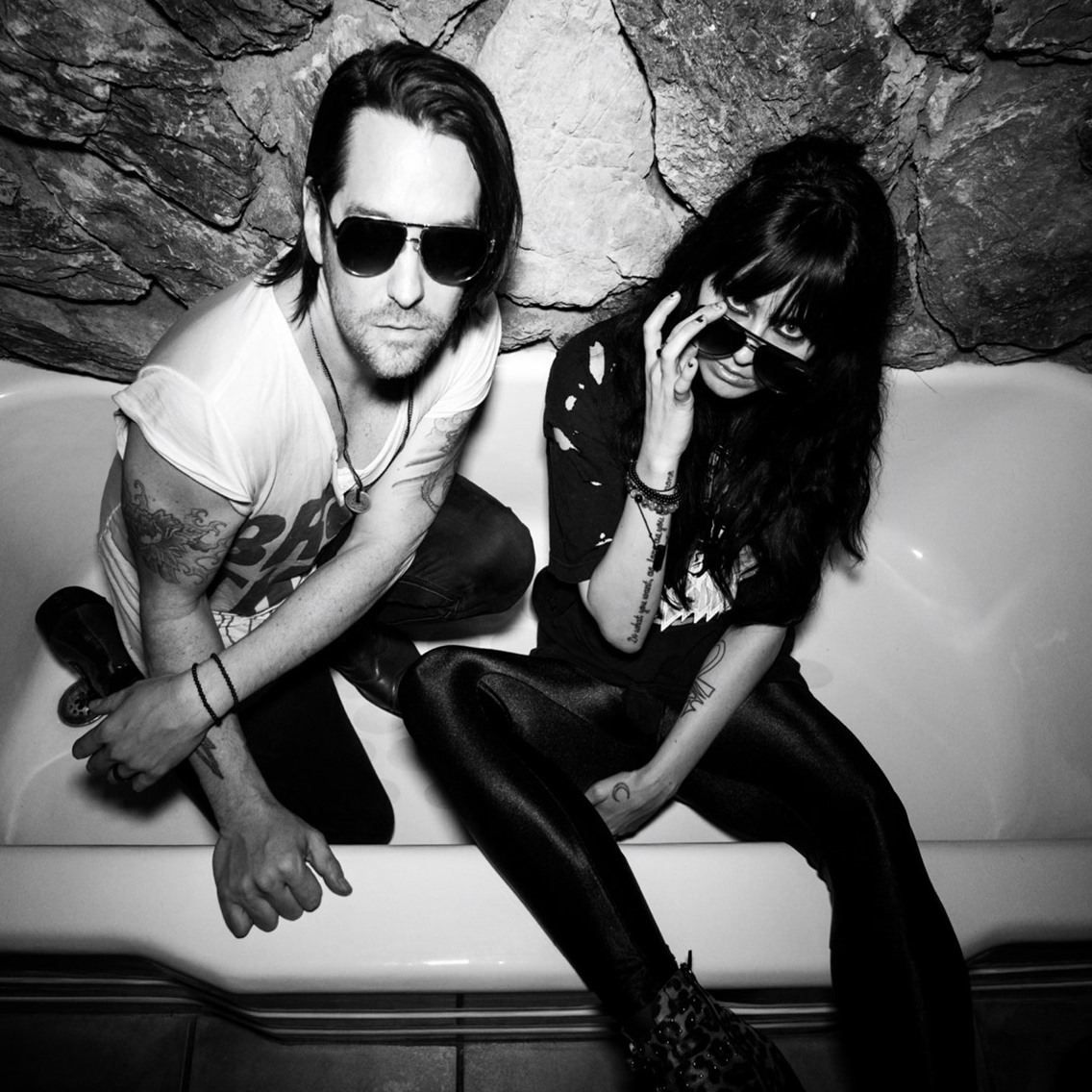 Los Angeles based rock duo Dead Posey have announced the release of their new EP, Malfunction. The 4 track collection will be out June 19th via Sumerian Records/Position Music and is available for pre-order here.

Like ghosts from rock ‘n’ roll lovers past, wedded duo Dead Posey‘s aggressively provocative sound lingers between two worlds like Jekyll & Hyde, instantly hypnotizing you. Following up on their debut EP Freak Show, Danyell Souza (Vocalist/Producer) and Tony F. (Producer/Multi-instrumentalist -formerly of Eve 6) have concocted a world from the dark corners of their minds with their 2nd EP, Malfunction.

For a taster of what’s to come, watch the teaser video here, featuring snippets of each of the 4 new tracks.

The four track EP invites listeners into a nightmarish fever dream, fueled by Danyell’s wicked vocals, Tony’s unholy guitar and drum tones, and flashes of soul-sucking industrial production meticulously arranged by the two. Topped with lyrics that will haunt and seduce you into the pair’s twisted minds, what better way to visually symbolize Malfunction than with the cover art they photographed, last minute while in quarantine at home along with the rest of the world.

The potent energy on Malfunction is sonically conveyed by the tension and duality of the band’s two members. Danyell and Tony’s hands-on, tug of war approach in the studio taps into a chaotic rawness that otherwise wouldn’t be attainable without their dynamic. Danyell says,

“We are perfectionists to a fault, we have to remind each other sometimes to kill our darlings so we don’t go completely insane.”

“We do pretty much every last thing ourselves, so we have grown a shorthand in communication on how we make music. I think we encourage each other’s best attributes while also reigning in some impulses that might lead us astray. There’s a real yin and yang balance going on that gives Dead Posey its power and makes it what it is.”

Dead Posey broke into the rock scene in 2018 with their Sumerian Records debut EP Freak Show and standout track “Don’t Stop The Devil”, which now has over 20 million digital spins from their ever-growing ardent fanbase. Feeding a vigorous appetite for performing live, Dead Posey has unfurled their punk-infused high-octane live shows at notable festivals such as Louder Than Life and Aftershock and have unleashed their riveting energy on illustrious stages such as Rock City and Electric Ballroom in the UK, Gramercy Theater in NYC and other iconic venues in the US.

Dead Posey’s music has been heard in Fox’s Lucifer, MTV’s Teen Wolf, Marvel shows like Cloak & Dagger and Jessica Jones and Netflix’s Jack Whitehall –Travels With My Father among others, as well as in ads for Taco Bell, Sony PlayStation, Riot Games’ League of Legends, and many more. The duo has been featured in the likes of The Huffington Post and Guitar World Magazine, Hot Topic on their “I Like Scary Movies Experience” feature, popular podcasts such as The Boo Crew & The Fred Minnick Show and more.

WHAT THE PRESS ARE SAYING

“Mix grinding guitars, anthemic choruses, unyielding hooks and the unsettling voodoo vibe of the best Southern folklore, and you’ll get an idea of what Dead Posey are about”

“A name like Dead Posey may conjure something languor, but the band’s cryptic electricity is reminiscent of Queens of the Stone Age and the Kills, making for a rock 101 indulgence.”

“While the Los Angeles duo’s lyrics lean toward the metaphysical, their debut EP, Freak Show, is a raucous, key-slamming, fuzz-loaded collection of back-to-basics rock ‘n’ roll. “

“….dark and features a blend of desert rock, along with elements of soulful garage rock and dirt under the fingernails grit that describes the rough and tumble side of the city beyond the bright lights.”