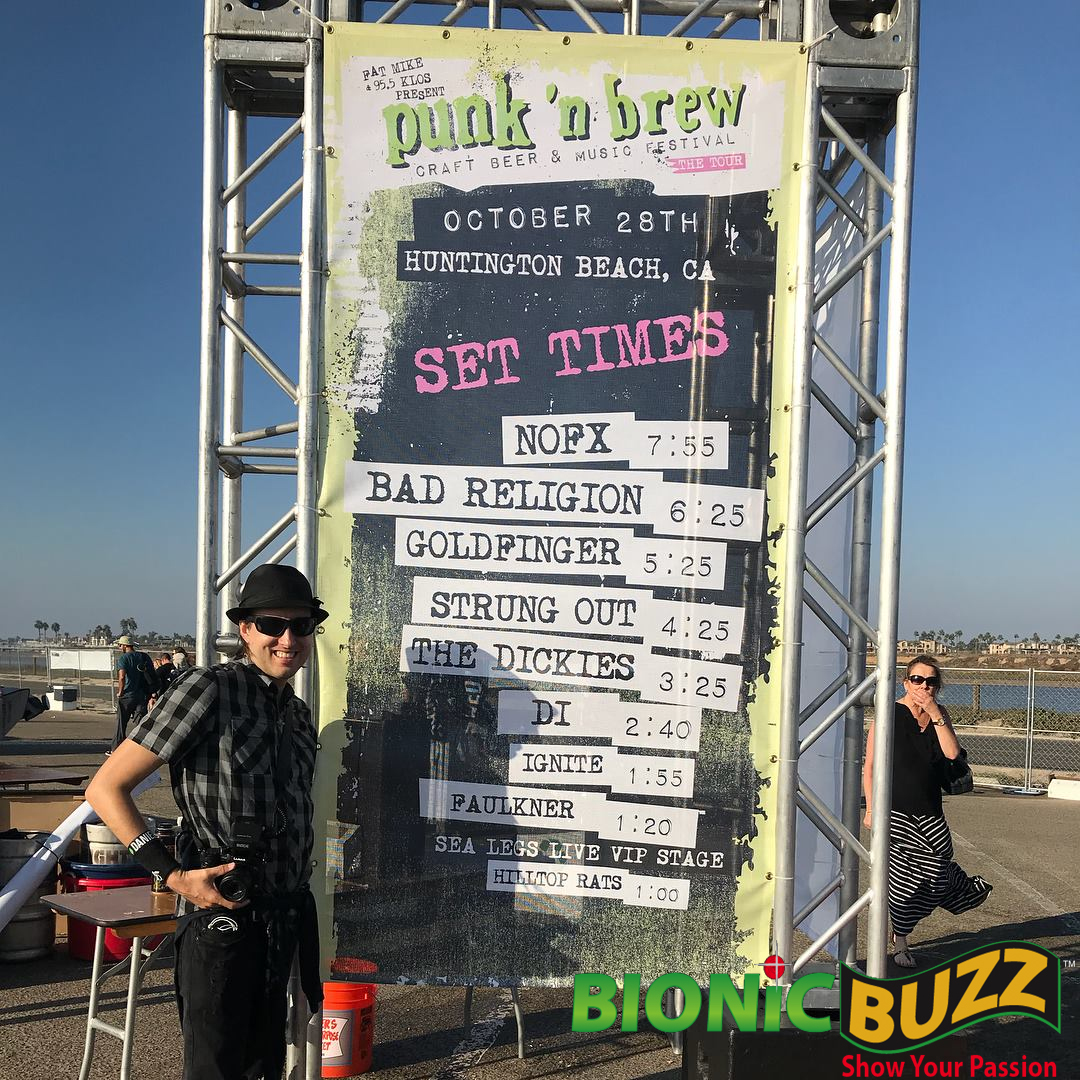 Bionic Buzz® covered Punk ’N Brew festival which was held at at SeaLegs Live at Bolsa Chica State Beach in Huntington Beach. Think of it as an adult version of Vans Warped Tour. Featuring bands we have seen many times at Warped Tour from NOFX, Bad Religion, Goldfinger, Strung Out, Ignite, the Dickies, D.I. and others. While Warped Tour features a ton of tents of merchandise what made this event different was many tents were breweries. This 21 and over event featured around 200 craft beer tastings from over 50 breweries. Everyone who enter early got a sample glass to take to each tent. Up to 5 PM it was basically open bar. There were still beer tents set up at after 5 PM that you had to pay for and still had the tent merchandise area similar to Warped Tour. The event was popular! Featuring 10,000 people in the expanded area of SeaLegs Live which now was more on the beach and parking lot. Only down size was that parking was pretty bad since the parking lot was taken over by the festival. Still no one seem to care about the long walk down the beach. 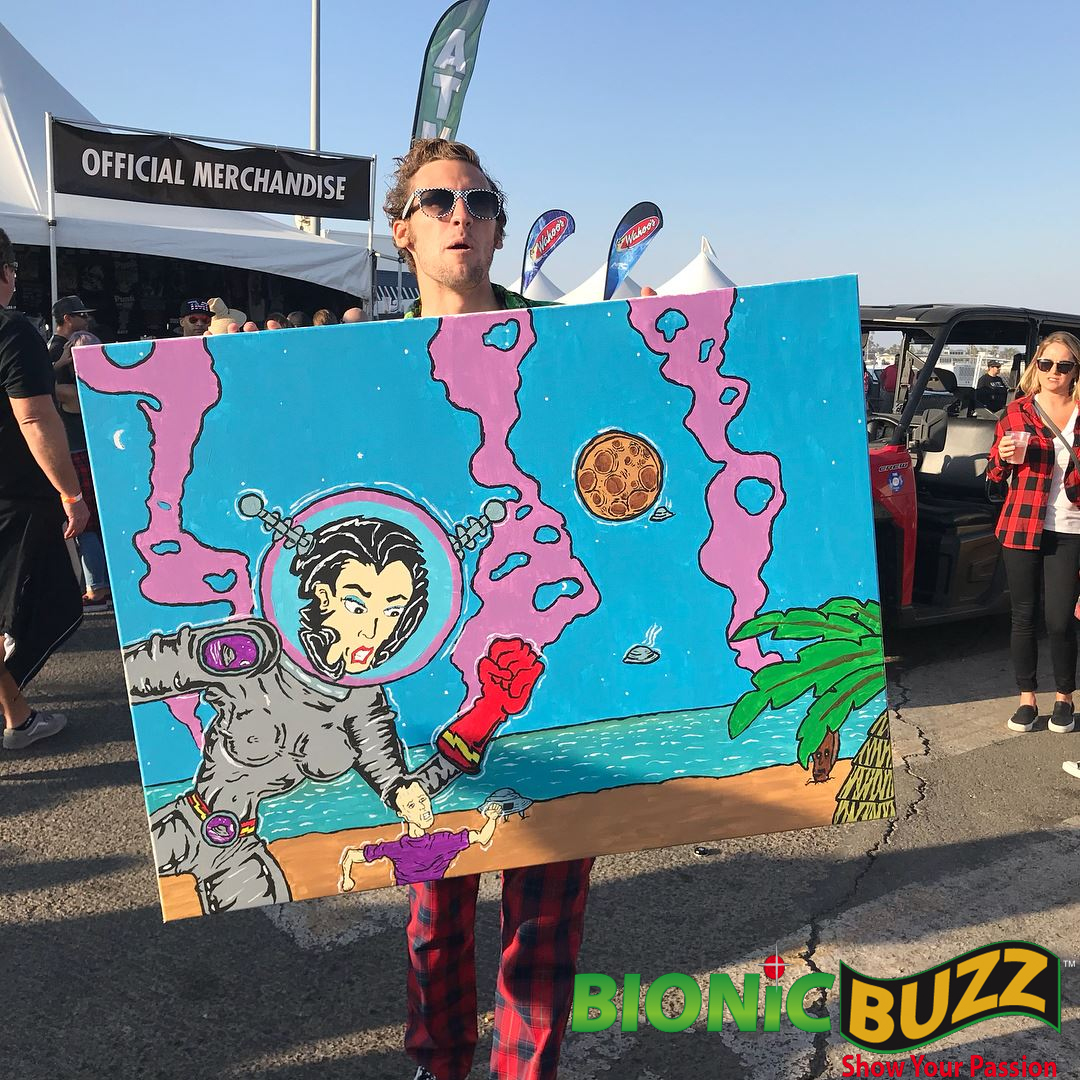 One passionate Goldfinger fan brought his own painting of the cover of their first album. He just wanted to give it to band. He was rewarded by coming on stage and giving it to them before their set. He also got to stay up there for the whole set. Goldfinger with a new line up that featured Mike from MXPX on base played through the hits along with a new song Tequila Sunrise. It was a beautiful setting on the beach as the sun began to set. The hot weather quickly turned to ice cold but no one seemed to mind. I’m sure all the beer in their system helped.

Before Goldfinger’s set. NOFX did a signing for a VIP guests. Also in the media area of the VIP area featured Shakes and Cakes OC. We got to interview owner & founder Taryn. They gave out samples of their delicious shakes in their cakes. Store coming soon to Huntington Beach, CA. 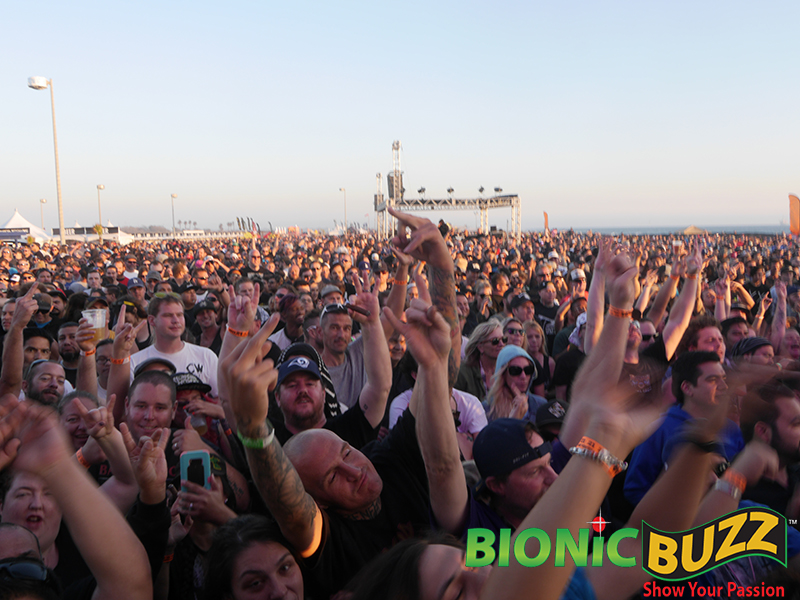 Punk ’N Brew was a lot of fun! Huge success so I think it’s safe to say it will be back next year and expand on its 6 dates they did this year. The event was curated by Fat Mike from NOFX and Brew Fa Fa Productions & SGE. Congrats to everyone involved in making this festival. Write up, photos & videos by @SteveSievers