The Jacks ‘Remember You’ EP out now!

The Jacks ‘Remember You’ EP out now! 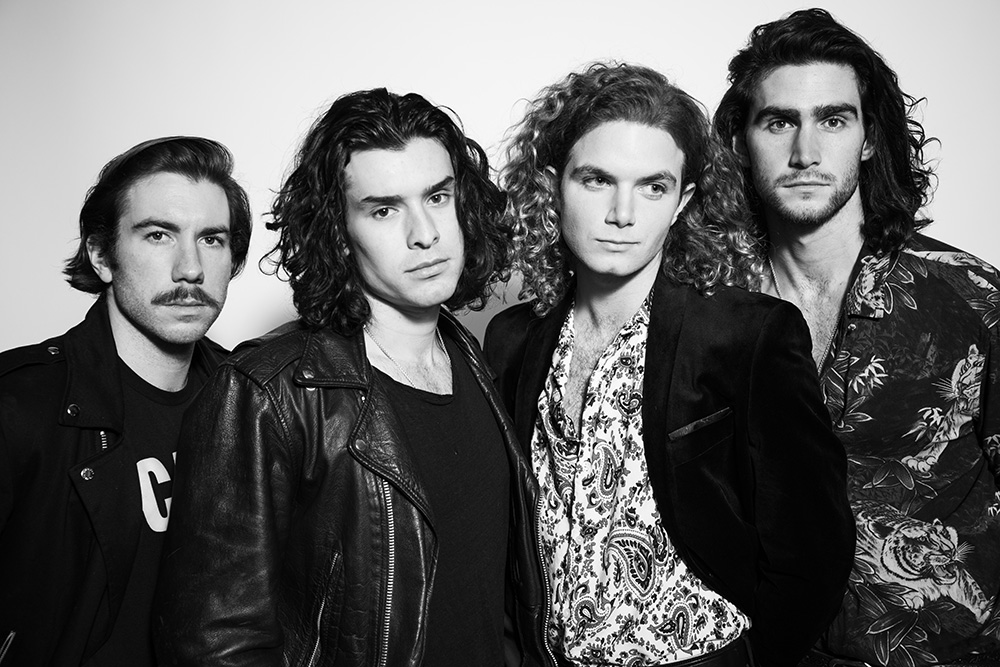 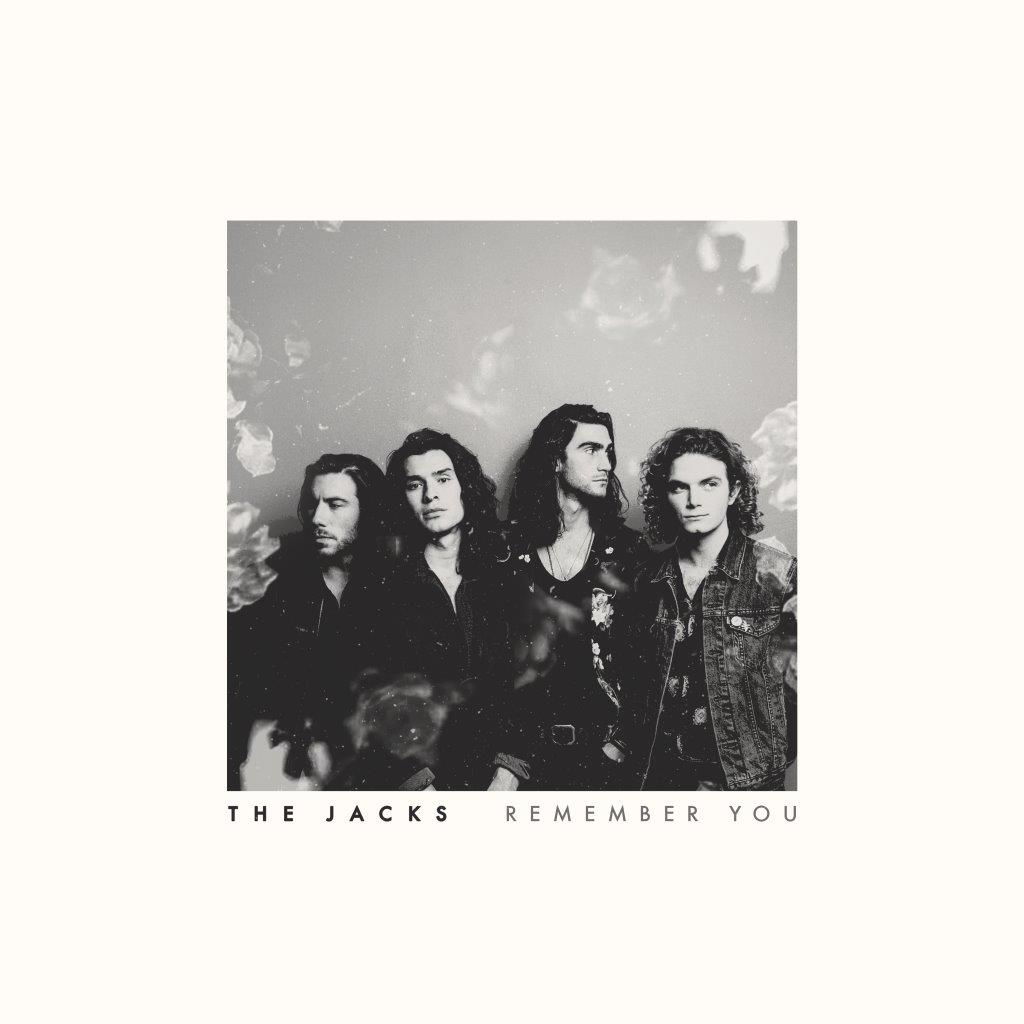 With multiple GRAMMY® Award-winning producer Joe Chiccarelli (The Raconteurs, The White Stripes, My Morning Jacket, Minus The Bear, Frank Zappa, among many other rock greats) at the helm, THE JACKS’ momentum continues to build with new tour dates across the country.

“Every step along the way has been truly incredible,” said THE JACKS. “Joe understands that we always want to deliver our best selves to the fans, and he pushed us at every turn. We’re excited to take REMEMBER YOU across the country.”

“Threw It All Away,” opens REMEMBER YOU, and THE JACKS adroitly segue a driving beat and pulsing rhythm into an admonition (“…just take a walk along the edge of your insanity and tell me what you find…”) punctuated with soaring guitars that offer a glimpse of their infectious energy. A video for the new single premiered last night as part of a Watch Party with the band on their YouTube page here.

THE JACKS shine on the heartfelt angst of “We Were Only Young,” followed by “Olivia,” the second instant grat track and lyric video from REMEMBER YOU. Released on Valentine’s Day, “Olivia” is a guitar-strumming, summer lovers walking-hand-in-hand rocker if there ever was one. With a twist, the song’s romantic simplicity softens an emotional plea to reconsider breaking off what could be (“…if you believe in me, then I’ll believe in you…”). Next, the soaring anticipation of “The Only One” finds the foursome once again “jacking” up the energy.

REMEMBER YOU also includes “Just A Little Bit,” the first instant grat track released in January via all digital services here and the lyric video here. That this song closes the EP serves as notice: THE JACKS are simply revving up. “Just A Little Bit” opens with drums and bass joined by guitars and evokes out-on-the-open-road energy, shifting into high gear on the opening lyric, “I’ve been chasing something lately…” With nearly 500,000 streams, fans will recall an early version of “Just A Little Bit” earned the band its first signing offer (which they subsequently passed on so they could focus on songwriting), a decision that led to their deal with EDGEOUT Records, spearheaded by veteran music executive Tony Guanci, who signed an exclusive global deal label with Universal Music Group/UMe.

“‘Just a Little Bit’ is one of the first songs we ever wrote together as a band,” explains THE JACKS. “Although, we’ve released it before, we felt that recording never captured the energy and sound we wanted from this song. We are so excited we got to revamp an old classic of ours and put a new spin on it. We are hungry to grow and expand as a band and feel it is appropriate to start the new year with a song that’s about wanting a little bit more.”

Stanback, Hunter, Stone and Roossin not only pour their heart and soul into everything they do, but they pour their experiences into further defining a sound that’s all their own while harnessing the spirit of their influences (the British Invasion of the ‘60s and ‘70s, Southern Rock). REMEMBER YOU, the follow-up to the band’s critically acclaimed self-titled debut EP that was released June 2019, will get road-tested by the time it releases. They played at the Boardner’s By La Belle first Rocker Ball of 2020 earlier this year and have dates across the country in advance of festival dates and a summer 2020 national tour. (Please see below for current tour schedule).

For THE JACKS, the quartet zeroed in on five essentials from sold-out shows at iconic Los Angeles venues The Troubadour and Roxy, plus clubs and bars throughout the U.S. In 2019, including New York City, Boston, Philadelphia, Houston, Phoenix, Denver, Washington D.C., Little Rock, Lexington, and Columbus, where they took the stage at Mapfre Stadium as part of the inaugural Sonic Temple Art + Music Festival along with Foo Fighters, The Cult, Joan Jett & The Blackhearts, The Hives, The Struts, and many others.  Featuring “Walk Away,” “Who Are You,” “Hello My Friend,” “Understand,” and “Are You Looking For Love?,” THE JACKS’ debut EP not only introduced the band to fans across the country, but also went on to achieve more than two million streams.

THE JACKS formed in Los Angeles in the summer of 2016, united by a passion for rock ‘n’ roll. They started playing around Los Angeles and entered a local radio station’s battle-of-the-bands competition in 2017, winning the grand prize of a recording contract. Instead, they respectfully passed on the prize and continued to tour and work on songs, eventually signing with EDGEOUT Records in 2018 and recording their first studio EP in 2019 with legendary producer Matt Wallace (Faith No More, Maroon 5, Blackberry Smoke) and GRAMMY®-winning engineer Andrew Scheps (Red Hot Chili Peppers, Adele) to mix and bring out group’s natural exhilaration. Other highlights in 2019 include performances at the NFL pre-Super Bowl and NHL Winter Classic events. THE JACKS’ music was also chosen to be heard during the 2019 Stanley Cup playoff games’ broadcasts, highlight reels, and commercial bumpers.