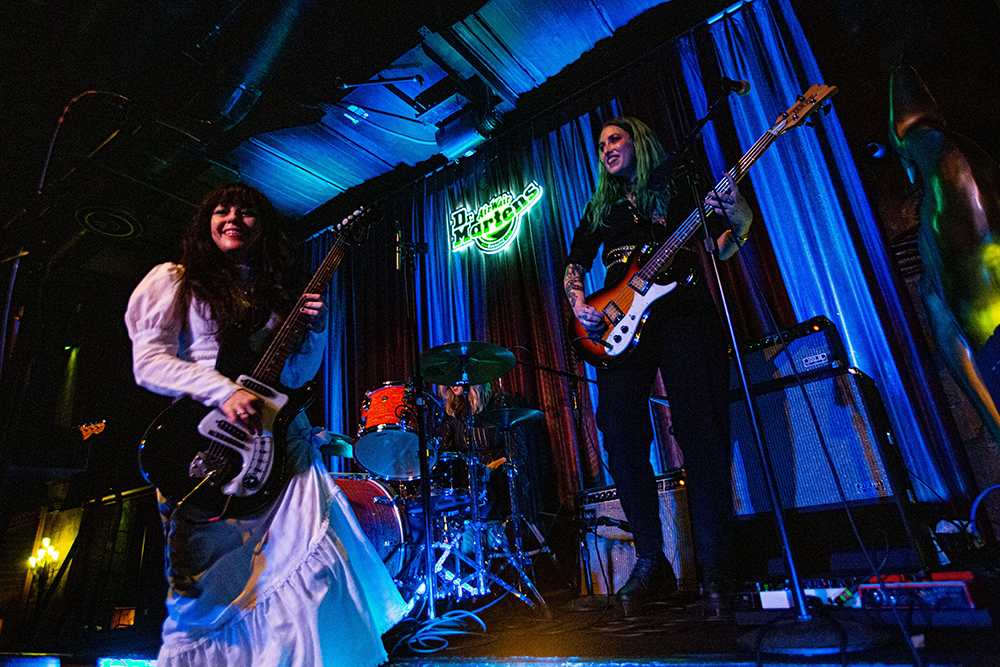 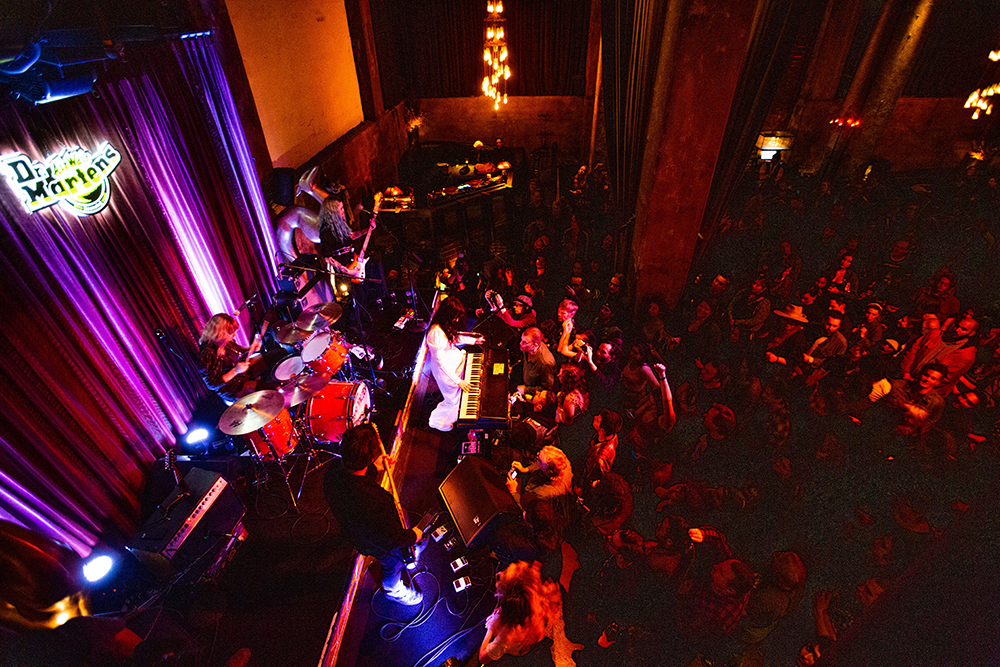 In the documentary shot on location throughout Los Angeles with director Erik Rojas, DEATH VALLEY GIRLS describe how they got their start with Burger Records in L.A., eventually signed to the renowned indie label Suicide Squeeze, and grew into theformidable indie rock powerhouse they are today.

“Making music and being in a band is like a religious conviction,” explains vocalist Bonnie Bloomgarden. “We are nomads for most of the year, and a gang, and that’s the way we like it! When you travel around spreading the good word of rock and roll you are like a missionary. People want to be part of something bigger, something to believe in, and to be entertained, especially now. We are lucky to spread the feeling of community and celebration and we’re also lucky that people want to come out and do that with us.”

Watch and share the new DEATH VALLEY GIRLS documentary and artist Q&A from Dr. Martens, up on LOUDWIRE.com today, HERE.

On the surface, DEATH VALLEY GIRLS churn out the hyper-charged, in the red, scuzzy rock every generation yearns for, but there is a more subversive force percolating beneath that imbues the band with an exhilarating cosmic energy.

Founded in 2013, DEATH VALLEY GIRLS line-up consists of vocalist/multi-instrumentalist Bonnie Bloomgarden, guitarist Larry Schemel, bassist Nikki Pickle, and drummer Rikki Styxx. Their first release, 2014’s Street Venom was a cassette-only album put out via Burger Records. Their sophomore LP, Glow in the Dark (Burger Records), landed in 2016. DEATH VALLEY GIRLS released their brooding, critically acclaimed third LP, Darkness Rains via Suicide Squeeze in 2018. The album featured a rotating cast of guest artists, including like Shannon Lay, Laura Kelsey plus members of The Make-Up, The Shivas and Moaning. The iconic Iggy Pop recently hailed the group “a gift to the world,” and a video for single “Disaster (Is What We’re After)” featured Iggy eating a hamburger. DEATH VALLEY GIRLS just wrapped a lengthy U.K. and European tour with headlining shows and dates with The Distillers, Rocket From The Crypt, Big Business, Craig Brown Band and more. DEATH VALLEY GIRLS recently released a new single “Dream Cleaver” via Suicide Squeeze, listen HERE.

Next up, catch MOANING–who will release their new album Uneasy Laughter on Sub Pop on March 20, 2020. Watch the video for MOANING’s single “Ego” HERE.

For the first-ever Dr. Martens Music & Film Series, NYC-based filmmaker Vincent Martell and L.A.-based filmmaker Erik Rojas have curated a solid lineup of performers are sharing their stories of resilience and determination. They explore what it takes to succeed as musicians realizing their own artistic vision. Each L.A. and NY concert as well as the accompanying short documentary films provide an intimate look at the daily lives of working musicians and share their unique point of view as told by our filmmakers who have their own stories of resilience to tell. Confirmed music artists for the Dr. Martens Presents: Music & Film Series include Junglepussy, Moaning, De’Wayne Jackson, L.A. Witch, Paranoyds, Sad Girl, OSHUN, Combo Chimbita, Phony Ppl, Death Valley Girls, Samia and PJ. For more information on the Dr. Martens Music & Film Series, visit: https://www.drmartens.com/us/en/dm-presents.

The first pair of Dr. Martens boots rolled off the production line on the 1st April 1960. With its trademark yellow stitch, grooved sole and heel loop, it was a boot for workers, initially worn by postmen and policemen; comfortable, durable and lightweight in comparison to its competitors at the time. Throughout Dr. Martens history, the brand has been adopted and subverted by diverse individuals, musicians, youth cultures, subcultures and tribes. These are the people who stand out from the crowd and their journey of self-expression has always been accompanied by a pair of DM’s. The simple silhouette allows people to customize each pair; whilst on a utilitarian level their famous durability and comfort make them ideal footwear for the world of gigs and street fashion. On an emotional level, they are a flag of attitude and empowerment. The Northamptonshire factory where it all began still exists to this day, in the village of Wollaston. A specific range of ‘Made In England’ products are manufactured here by a small, close-knit team of people schooled in traditional shoe-making and the unique process that makes Dr. Martens like no other shoe on earth.

For more information on Dr. Martens: