A recent headline in Time Magazine reads: Depression and Suicide Rates Are Rising Sharply in Young Americans , New Report Says – This May Be One Reason Why . The article quotes several mental health experts, they point to overuse of technology and social media as a possible culprit. But knowing this, does this solve anything? Enter Mary Albertoli, a former clinical social worker determined to propose actionable solutions instead of detached labeling. Albertoli, who has a Master’s degree in social work from Columbia University, has worked with children and adolescents for 12 years, in both individual and group settings with depression, PTSD, and suicidal and homicidal ideation. Her hands-on experience taught her that it was only through effective conversations about themselves and with each other that real growth and change took place. 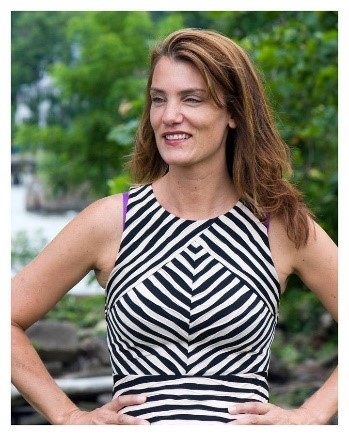 ” There’s so much stigma around mental health, but the truth is not one of us is alone in struggling with something” said Albertoli. She started developing the idea for a docu-series called The Shift in the Spring of 2018 after being deeply affected by a headline about a 9-year-old girl’s suicide. ” I thought enough is enough. When did suicide become an option for young people?” She knew this was primarily due to a lack of dialogue about mental health. Young people were failing to bring language to their emotions and traumatic experiences and were often left to deal with haunting mental health issues alone.

Albertoli has partnered with Co-Creators and Producers, Nadia Sarmova and Maureen Isern. ” Our goal is to provide a relatable and even fun format for young people to engage in discussions they might otherwise avoid, often because of not knowing how to begin,” says Isern.

The USC Media Institute for Social Change (USCMISC) at the University of Southern California’s School of Cinematic Arts was first to get on board with the creators of The Shift. USCMISC will facilitate and produce aspects of the pilot episode on USC’s campus by providing insight into recent student experiences with anxiety and depression, the first subject to be addressed by the docu-series.

” Mental well-being is a national crisis, and we’ve been hearing from students that there is a heightened concern about it. We are facilitating conversations to help talk about the things we, as a culture, are not talking about,” said Michael Taylor, Executive Director of the Media Institute for Social Change at USC.

The practice of social work focuses on more than day-to-day patient assessment. The social work profession is committed to social justice. These days social workers are advocates, community developers, and human rights activists. Albertoli is one of them. Her mission is not to diagnose but to open the door to candid conversations. Social workers fight for oppressed communities and marginalized individuals, often forgotten about by society.

Available now: The 1st of 4  Social Media Challenges in May by The Shift

Mental Health Awareness Month (also referred to as “Mental Health Month”) has been observed in May in the United States since 1949, reaching millions of people in the  United States through the media, local events and screenings. 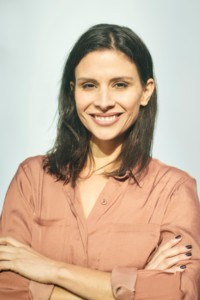 She began as a TV reporter in Florida, and in 2003 was one of the launch team producers at mtvU, MTV’s online and on-campus college network during the emergence of short-form digital content. She started   MOPED Productions  in 2007 to help drive impact through online storytelling that moved people into action for leading digital platforms, foundations, institutions and brands.

As Co-Creator of The Shift, Mo is committed to authenticity and making a difference while strengthening audience relationships through story-rich experiences that delight, inform and move people. Mo has helped clients earn People’s #TellyAward, Emmy, Webby and past White House recognition, nominations and awards. Currently, she’s developing content around her own experiences with childhood trauma to create conversations that empower others in their own healing journey. 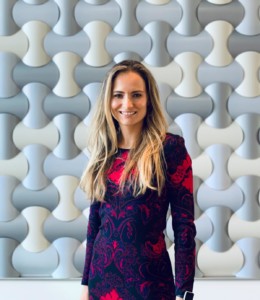 NADIA SARMOVA  is a 14-year veteran of the entertainment industry. She has participated on various production crews, including as a Writer, Assistant Director and Producer in Tampa Bay, Miami, New York, Los Angeles, London, Africa and the Caribbean.  Nadia is best known for being a filmmaker with heart, highlighting critical issues, controversial stories and marginalized people who are often times forgotten.

Alongside some of the industry’s elite storytellers, a few of Nadia’s past feature film credits include Foreign Letters, The Investigator, 23 Blast, Russian American, Barrow: Freedom Fighter, Oloibiri, The Ninth Passenger, Like Father (Netflix) and Joseph.  Nadia has also worked on reality programs, Inked (FOX) and Highway to Sell (Discovery).

Nadia is the Founder & Chief Impact Producer at Beam-In Studios, an impact – driven entertainment content production studio that leverages the power of entertainment to engage and inspire audiences to participate in bringing about positive social change.

Alongside THE SHIFT, a traveling docu-series shifting the paradigm of mental health, Beam-In’s upcoming slate of projects include, an inspiring, second chance series about homelessness and a gritty, scripted drama exploring the grimy sewers and glittering palaces of international human trafficking. 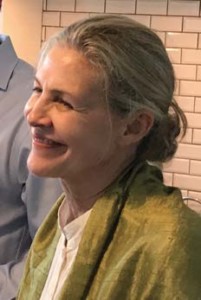 Kitty is a creative media producer and impact campaign strategist who began her career in advertising. Socially conscious and concerned for the purpose-driven organizations unable to afford big budget campaigns, she took her advertising skills and experience to Fenton, an iconic social change communications agency. At Fenton, she established and led the strategic content development and production practice, producing integrated, multi-platform campaign content for foundations, non-profits and select brands working toward a fairer, more just and equitable world.

As Impact Campaign Director on The Shift, Kitty is committed to developing strategic partnerships and innovative collaborations that will help erase the stigma around mental and emotional health and expand access to critical resources and support for young people who are struggling. 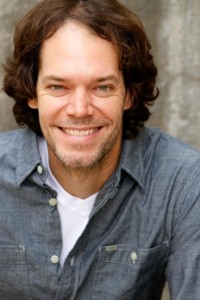 Sean Freeland is a producer, writer and SAG/AFTRA actor. Sean was born and raised in Pittsburgh, Pennsylvania, the son of a schoolteacher and a professional musician. He had an affinity for the arts from a young age and began performing in high school. After graduating from Florida State University, Sean opened his own restaurant, at the young age of 27, which he owned and ran for 10 years while continuing to work in the film industry. During this time, Sean also started a small commercial real estate company, which he still owns.

Sean now focuses on the film and TV industry full time and has worked on major television shows such as Ozark, The Walking Dead, Nashville, Constantine and The Game. Some of Sean’s film credits include Smashed, A Dark Place and Electric Jesus and he has done work for companies such as Turner Classic Movies and Chick-Fil-A.

Sean was a consultant for Jacoby Development on the production studio they were developing at the OFS property in Atlanta, Georgia and has been a guest lecturer at Kennesaw State University. 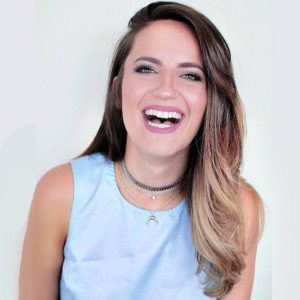 ADRIENNE FINCH  is a digital content creator, entrepreneur, and host of the Self-Made CEO Podcast with a social media following of 400k+. With over 32 million aggregate views, her YouTube channel “Adrienne Finch”, was born from her love of storytelling and filmmaking, and the desire to make videos that positively influence others. Over the past 5 years, Adrienne has provided online marketing and branding consulting for both individuals and major companies including Google, NBC, Neutrogena, AT&T, and more.

Born to two psychologists, her passion about mental health awareness has become a major part of her identity and what she aims to educate teens and young people about through her social and entrepreneurial endeavors. Having suffered from mental health issues herself, she continues to use her influence and partnerships with major brands such as Snapchat and AdCouncil, to create inspiring content that will help others not feel so alone.