Star Wars: The Legends of Luke Skywalker: The Manga

Star Wars: The Legends of Luke Skywalker: The Manga 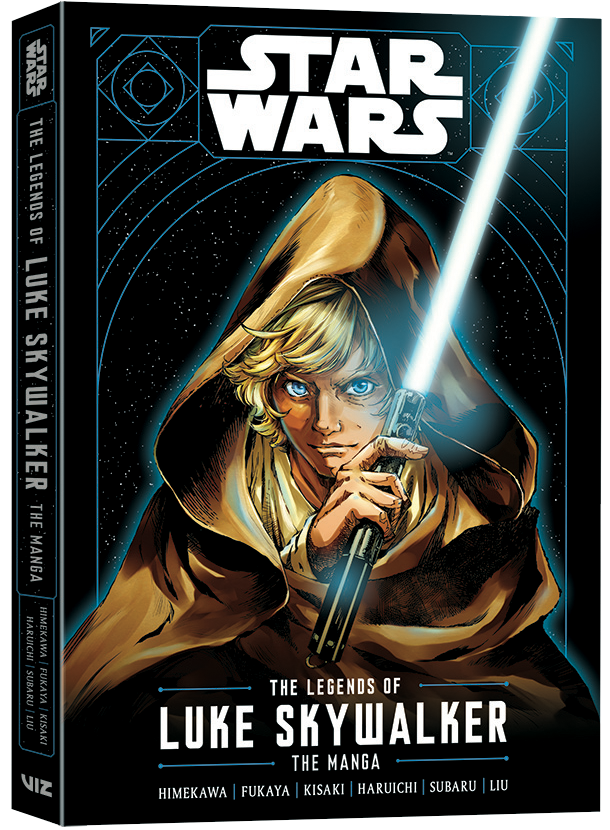 43 years after Star Wars: A New Hope hit theaters, the legendary space saga unfolds in the galaxy of manga thanks to the latest story in the Skywalker saga.

Packing in all the adventure that fans would expect from Star Wars, publishing and entertainment juggernaut VIZ Media, in collaboration with Lucasfilm, presents Star Wars: The Legends of Luke Skywalker: The Manga.

Encounters with the elusive Jedi Luke Skywalker have mystified many in a galaxy far, far away.

Star Wars and manga fans alike will delight in the storytelling and humor narrated in Star Wars: The Legends of Luke Skywalker: The Manga inspired by Nebula, Hugo, and World Fantasy award-winning author Ken Liu’s Journey to Star Wars: The Last Jedi.

As an artist and writer team, Fukaya and Kisaki frequently collaborate on manga projects published in Japan. Fukaya has been enthralled with Star Wars since he was in elementary school. The starships and character designs, as well as the planets portrayed in the films, inspired him to create stories of his own. The Starship Graveyard is their English manga debut.

A longtime fan of the Star Wars galaxy, Haruichi is also the creator behind the Star Wars Japanese webtoon, Leia Organa: Ordeal of the Princess. Haruichi has always admired characters like Luke Skywalker, Princess Leia, and especially Obi-Wan Kenobi, but lately she has a growing affection for the stormtroopers. I, Droid is Haruichi’s English manga debut.

Subaru currently lives in Tokyo and works in the animation industry as a background artist. Subaru loves that the characters in Star Wars always jump toward their destiny. The Tale of Lugubrious Mote is Subaru’s English manga debut.

Akira Himekawa are an artist duo from Japan with many fans all over the world. They have always wondered what may have happened to Luke Skywalker in between his galactic adventures and love exploring those possibilities.

A winner of the Nebula, Hugo, and World Fantasy awards, Ken Liu is the author of The Legends of Luke Skywalker.

Learn more about VIZ Media and its properties at viz.com.

STAR WARS and related properties are trademarks and/or copyrights in the United States and other countries, of Lucasfilm Ltd. and/or its affiliates.  © & TM Lucasfilm Ltd.

For information on anime, manga and other titles published by VIZ Media, please visit viz.com.

Established in 1986, VIZ Media is the premier company in the fields of publishing, animation distribution, and global entertainment licensing. Along with its popular SHONEN JUMP brand and blockbuster properties like NARUTO, DRAGON BALL, SAILOR MOON, and POKÉMON, VIZ Media offers an extensive library of titles and original content in a wide variety of book and video formats, as well as through official licensed merchandise. Owned by three of Japan’s largest publishing and entertainment companies, Shogakukan Inc., Shueisha Inc., and Shogakukan-Shueisha Productions, Co., Ltd., VIZ Media is dedicated to bringing the best titles for English-speaking audiences worldwide.