Bionic Buzz® got to interview producer, writer, director and co-founder of MacInnes-Scott: John MacInnes at UploadVR LA. MacInnes Scott is a two-year old award-winning immersive entertainment company that is known for their ground-breakinging work in interactive entertainment focused on emotionally compelling photo-real 3D digital human performances through transformative new media such as augmented reality. This year MacInnes-Scott have been garnering critical acclaim since it premiered the music VR experience, “Grace,” which was nominated for a Proto Award for Best Music VR and a Lumiere nomination for Best CGI Animation. Best known for creating hyper-real digital human avatars, their avatars of Presidents Trump and Obama at the Art of VR exhibition at Sotheby’s NYC last summer caught the attention of “Here Be Dragons,” who commissioned the company to create an AR experience for hit the Netflix series, “Altered Carbon.” 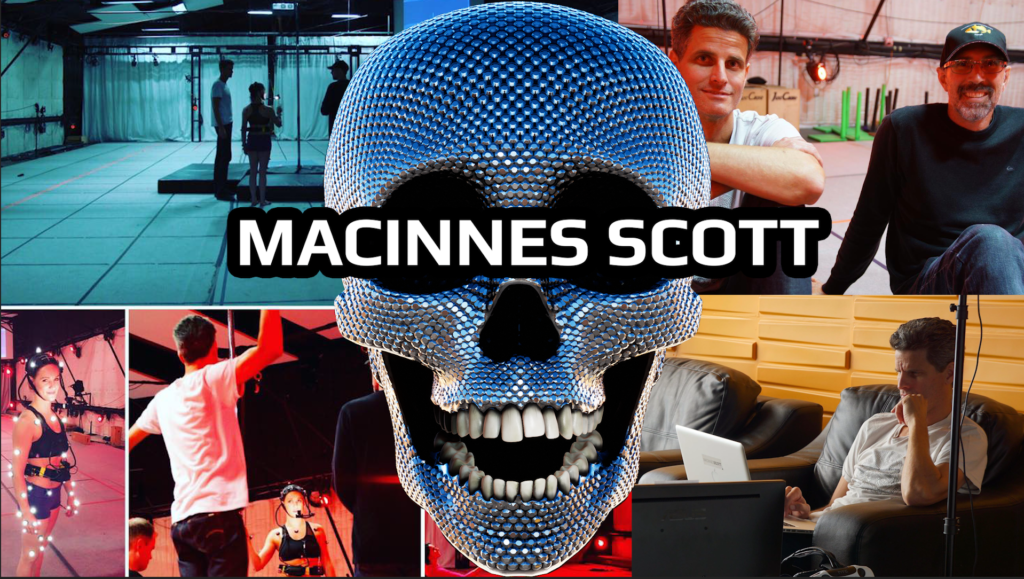 “Altered Carbon” is set in the future. Being able to choose a new body and plant your mind inside of it is a core idea in the show. For the marketing campaign, Netflix wanted people to step into the Altered Carbon universe and experience this for themselves. To achieve this MacInnes Scott created an interactive screen where users could make a selection from a variety of human avatars that would then mirror the users facial expressions and movements in real-time. During the interview John Maclnnes shows host @SteveSievers their VR experience Navy SEALs VR doc , real-time capture Donald J. Trump and Altered Carbon AR Experience. Stay up to date with all the amazing things at Macinnes Scott on social media on instagram, twitter & facebook.